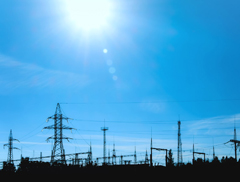 17%
Compound annual growth rate (CAGR) at which the U.S. SCADA market revenue is expected to grow during the 2014 to 2020 period
At this point, the CAGR for U.S. SCADA (supervisory control and data acquisition) market revenue has increased from $0.8 billion in 2009 to $2.3 billion in 2013. Primarily, this revenue was generated through the retrofit market, which accounted for a share of nearly 70 percent. Revenue is expected to increase to $8.3 billion by 2020. In the meantime, Brazil’s SCADA market recorded revenue of $17 million in 2013 and is expected to grow at a CAGR of approximately ten percent during the 2014 to 2020 period, driven by new projects in the distribution segment.