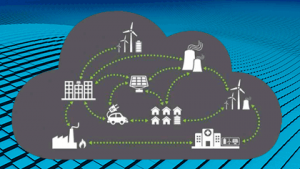 Big transformations often result from a multitude of small and rapidly proliferating changes. We’re on the cusp of such a change in Ontario’s electricity system, and in other jurisdictions across Canada and North America, with the potential for a cleaner, more intelligent and more flexible grid to emerge.
The change-driver is the diverse set of grid-connected projects and technologies referred to as Distributed Energy Resources (DERs). These include smaller-scale and geographically dispersed generating resources, commonly using renewable fuels; as well as energy storage in all its diversity; and various types of demand response, load control and conservation.
But if we want DERs to deliver us to the preferred end-state, we need a policy environment and regulatory framework that will facilitate and incent their wider adoption – one that will ensure they are orchestrated and coordinated, and able to work effectively in tandem with each other and with existing generation and grid infrastructure.
In the last issue, I outlined the key elements of a strategy to achieve this. In this issue I will make the case for a “network orchestrator” role for Ontario’s local distribution companies (LDCs), in which they would plan, optimize and enable the wide-scale connection and integration of DERs.
LDCs own and operate the distribution grids to which DERs are connected. They have proprietary and unparalleled knowledge of their local distribution networks, and direct relationships with the customers whose interests DERs should ultimately serve.

Read the Part 1 of the article.