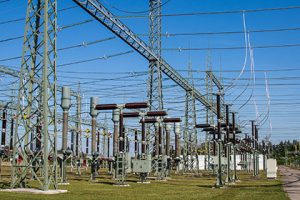 Distributed energy resources are poised for “explosive growth” across the United States over the next five years. U.S. utilities “need to change, and are slowly changing,” how they plan, operate and maintain their distribution grids to adapt.
That’s how Ben Kellison, grid edge director at GTM Research, described the key challenges facing the country’s utilities at this week’s Grid Edge Innovation Summit.
GTM Research has been tracking the rapid growth of rooftop solar, small-scale combined heat and power (CHP) systems, residential smart thermostats, electric vehicles and behind-the-meter batteries across the U.S.
As of 2017, five classes of behind-the-meter DERs — distributed solar, small-scale CHP, residential smart thermostats, electric vehicles and energy storage — contributed 46.4 gigawatts of impact on the U.S. summer peak, according to Kellison. That’s not a huge number, compared to the 769-gigawatt summer peak load reached by the U.S. as a whole in 2016, according to U.S. Energy Information Administration data. But it’s still a valuable source of flexibility, if it can be utilized.
By 2023, that figure is expected to more than double to total 104 gigawatts of flexible capacity, Kellison said. That’s led by growth in distributed solar, along with a big increase in the capacity available from smart thermostats, and a rising share of EV charging. To put that into perspective, “just these five classes could equal together almost as much power as [Texas grid operator] ERCOT has registered for its bulk generating system,” he said.
“These are not all resources that can be dispatched in a moment’s notice,” Kellison cautioned. “Many have to be used in a portfolio approach.” For example, distributed solar, which makes up the majority of the DERs to be deployed, generates most of its energy at midday, while typical summer peaks occur later in the afternoon. Small-scale CHP systems, defined as less than 50 megawatts of generation capacity, will run according to the needs of their owners, not necessarily those of the utility.