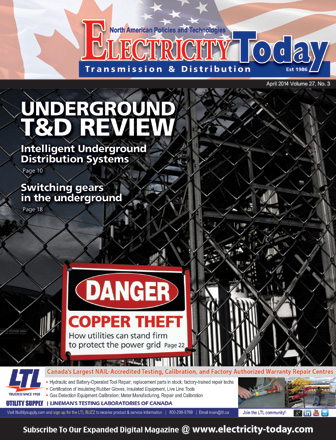 How utilities can stand firm to save money and save lives

Copper theft has become a growing problem for utilities in Canada and the United States. This precious metal has increased in value in recent years, so thieves are stripping copper from substations and power lines to make money. Unfortunately, copper theft does more than cost millions of dollars in damage for utilities; it costs lives as well. The serious impact of copper theft has caused governments, utilities, and power sector organizations to take notice. In fact, the Canadian Electricity Association (CEA), for example, recently released a white paper entitled, “Copper Theft from Canada’s Electricity Infrastructure”. The paper details just how damaging copper theft has been to Canada’s power industry and its customers. Here are a few examples from that paper.

THEFTS ENDANGER CHILDREN AND FAMILIES
Copper theft can place children and families in serious danger. For example, in British Columbia, missing copper grounds jeopardized the safety of families on the Ditidaht First Nation’s Malachan reserve, located close to a substation where a copper theft took place.

Residents on the reserve lost power for 72 hours and reported receiving electric shocks while in their homes. BC Hydro and Power Authority crews worked strenuously to replace the stolen copper grounds and restore service. What’s more disturbing is that a fence in a nearby schoolyard had become electrified and the children playing were receiving shocks and jolts on direct contact.

This incident happened because thieves successfully removed copper grounds from transmission poles along a 62-kilometer stretch of isolated road on Vancouver Island. According to local authorities, the suspects removed the copper grounds from each pole, piece by piece, over a period of a year.

THEFTS COST LIVES
In many instances, copper thieves lose their lives while attempting to steal copper from a substation or a power line. A 35-year-old British Columbia man was fatally electrocuted by 14,000 volts of electricity while trying to steal copper from an underground junction box. A BC Hydro and Power Authority employee discovered the body near a distribution substation.

THEFTS DELAY TRANSIT SERVICES
Every day, thousands of commuters travel to and from work by train. One morning in Toronto, Ontario, thieves in search of copper wire severed Toronto GO Transit train signaling cables. This resulted in lengthy delays for 24 trains and at least 45,000 commuters on their way to work.

THEFT INCIDENTS COST BC HYDRO $2.8 MILLION
Stolen copper equals lost dollars for utilities. BC Hydro and Power Authority lost $2.8 million in damages because seven men tried to steal copper from a substation. The men used hacksaws and other household tools to cut through a chain-link fence and strip large cables to access the copper.

A $2.7 million cable was damaged and another $100,000 cable was detached and never found. BC Hydro and Power Authority estimates that its losses related to the theft of metal—mainly copper wire—totaled over $1 million in 2011.

THE BOTTOM LiNE
Copper thefts are on the rise and utilities have to be more proactive in protecting not only their physical
assets, but their customers as well. It is unfortunate that thieves are willing to risk their lives and the lives of
emergency first responders, utility workers, and local residents to steal copper.

The “The Copper Theft Outbreak: How utilities can stand firm to protect the power grid” featured in the April 2014 edition of Electricity Today Magazine arms utilities with in-depth knowledge and recommendations that call for utilities and governments to act now to protect customers and reduce copper theft. 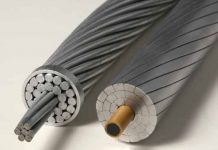