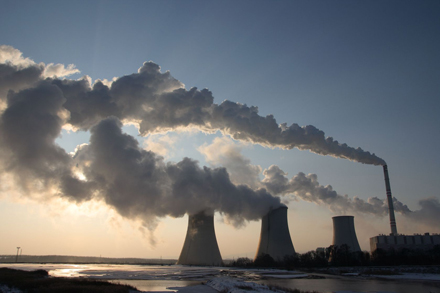 If the power industry is serious about protecting the environment and reducing carbon emissions, then regulators and utilities need to focus on closing coal-fired power plants. Currently, many regulators and utilities are pouring millions of dollars and valuable resources into “clean coal” technologies, such as carbon capture and storage (CCS)—a process that captures carbon dioxide from the air and deposits it in a storage site (most commonly underground), isolated from the atmosphere.

Provinces such as Saskatchewan and states such as Mississippi and Texas are planning to build more coal plants using these new technologies. SaskPower recently opened the world’s first carbon-capture coal-fired plant (at a cost of $1.4 billion) with a generous $240 million investment from the Canadian federal government.

Both the Canadian and U.S. governments have aggressive plans to reduce carbon emissions on a grand scale. However, supporting the use of coal-fired generation counteracts the ambitious targets governments are trying to meet in their carbon emission policies. Forbes reports that coal-fired power plants are responsible for roughly 25 percent of all greenhouse gas emissions in the United States.

Depending on the province or state (particularly the ones that rely heavily on coal), utilities and regulators would argue that removing coal-fired power—as well as other fossil fuels—from their energy generation portfolio and adding alternative, more cleaner, generation would cost millions, if not billions, of dollars. In addition to decommissioning and construction costs, large investments would be required for building new transmission and distribution infrastructure required to support any additional generation.

Admittedly, adding alternative forms of generation such as wind and solar does cost money, but so does building power plants using clean coal technologies. The Energy Collective reports that the Kemper Clean Coal project is far more expensive than what was originally estimated. Currently, the project is estimated to cost roughly the same as the cost of building a nuclear power plant.

The costs of decommissioning coal plants are also an undeniable reality, but so are the costs of keeping coal-fired plants in operation. A 2005 independent study, “Cost Benefit Analysis: Replacing Ontario’s Coal-Fired Electricity Generation,” estimated that cost of coal generation was approximately $4.4 billion annually when health, environmental, and financial costs were taken into consideration.

REMOVING COAL A REALITY
The move towards completely removing coal-fired power is a reality. In April 2014, Ontario became the first province in Canada to remove coal from its generation mix. The provincial government stated, “The closure of coal plants has already produced significant health and environmental benefits for Ontarians.” The provincial government reports that sulphur dioxide and nitrogen oxides emissions were 93 percent and 85 percent lower, respectively, in 2011, than in 2003. Utilities and regulators need to focus on what is ‘feasible’, not what is ‘infeasible’.

THE BOTTOM LiNE
The U.S. government has already stepped out to reduce its dependence on coal-fired generation in an attempt to reduce carbon emissions. Earlier in the year, the Obama administration proposed, through the Environmental Protection Agency, tough emission limits on coal-fired plants. Canada has already banned the construction of traditional coal-fired electricity generation units, which, consequently, has led some provinces to pursue “clean coal” technologies.

Some North American utilities and regulators have made strides in reducing their dependence on coal. However, the few that do resist must understand that adding additional fossil fuels—not just coal—to the energy mix only creates more environmental problems and turns any carbon reduction target into a pipe dream.