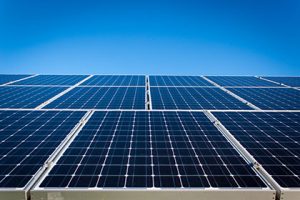 Advanced solar inverters could be one of the biggest distributed energy resource communications and control points out there someday. With California now requiring at least early-stage “smart” capabilities from all new solar projects — and a standards road map for next-stage efforts like real-time communications and active controls — this future now has a template.
There are still a lot of unanswered questions about how smart inverters will be used.
That was the consensus at Intersolar recently, where experts discussed the latest developments on the U.S. smart solar inverter front. After years of pilot projects, multi-stakeholder technical working groups, and slow and steady standards development, solar smart inverters are finally starting to hit the market en masse — even if it’s not yet clear just what will be done with them once they’re installed.
“From the technical perspective, the standards are firm,” Roger Salas, distribution engineering manager for Southern California Edison, said. In September of last year, his utility started requiring that all new solar installations come with “Phase 1” advanced inverter functionality, as defined under the state’s Rule 21.
Later this month, it’s going to start requiring “reactive power priority” for these inverters, and in February 2019, it’s going to start requiring that inverters support the communications capabilities described in “Phase 2,” as well as some more advanced “Phase 3” capabilities.

Increasing hosting capacity: A win-win for solar and utilities

Each of these phases aligns with a different value proposition for smart inverters. The first phase is largely preventative, aimed at solving the kinds of problems that have forced costly upgrades to how inverters operate in solar-heavy Germany and Hawaii.
The key standard in question in the U.S. is IEEE 1547, which sets the rules for what grid-connected DERs must do to stay safe, such as trip offline when the grid goes down, or avoid overloading local transformers or circuits.
The old version of the standard, however, had a lot of restrictive rules on tripping off during relatively common voltage excursions, which could cause real problems on circuits with a lot of solar dropping off all at once.
Phase 1 implementation of IEEE 1547 is all about removing these barriers, Salas said. “They need to be stable, they need to be connected, they need to be able to support the grid.”
This should increase hosting capacity on circuits that would have otherwise been constrained by these unwelcome behaviors, he said. 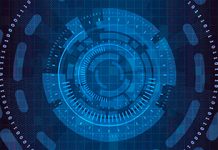