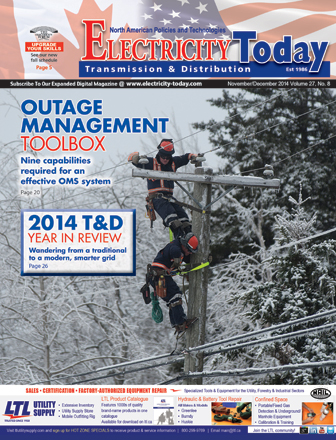 Why the phase out of coal is a pipe dream

In the November/December 2014 issue of Electricity Today Magazine, Editor-In-Chief Phill Feltham opined in “Time to Phase Out Coal” that “[i]f the power industry is serious about protecting the environment and reducing carbon emissions, then regulators and utilities need to focus on closing coal-fired power plants”. Feltham implies wind and solar can take their place. There are two cost-effective large-scale reliable energy sources that do not produce CO² emissions—nuclear and hydropower. Canada is fortunate to have substantial hydropower resources, but the modern environmental movement has made building a new dam nearly impossible. Nuclear is a safe and clean technology, but replacing fossil with nuclear would require an unprecedented building boom the likes of which the world has never seen.

As for wind and solar, they contribute a growing but small amount to overall energy production. They cannot end reliance on “always on” resources such as coal, because electricity for homes, schools, factories, and hospitals has to be available all the time, not just when the wind blows.

The world uses coal for lots of reasons—mostly because it is cheap and reliable. Utilities prize cheap and reliable sources, as it gives them flexibility in the operation of their fleets. Coal can be stored on-site, further enhancing its reliability and security. Moreover, coal is a native resource in many countries, which eliminates the potential for international political gamesmanship with energy supply.

These few quick facts underscore just how outlandish it is to talk about phasing out coal in the name of reducing greenhouse gas emissions.
• 87 percent of the world’s energy was produced by fossil fuels in 2013
• Coal produces 69 percent of electricity in China, the world’s largest carbon dioxide emitter, and 39 percent in the United States, the second-largest emitter. It produces 40 percent of
electricity in developing nations
• World energy consumption is projected to grow 56 percent by 2040, with fossil fuels providing 80 percent of that increased consumption
These are not made up numbers. They are projections from the International Energy Agency and the U.S. Energy Information Administration. Those projections factor in titanic increases in worldwide renewable energy sources alongside the fossil increases

China has expanded its electric generation fleet by some 100 gigawatts per year for each of the past eight years, mostly through construction of coal-burning facilities. This is like adding nearly the entirety of Canada’s electric generation every year. It is also the equivalent of some 900 SaskPower Boundary Dam projects per year—the world’s first commercial-scale power plant with carbon capture and sequestration, located in Estevan, Saskatchewan—but all without CO² capture.

Let us be realists: new and recently built fossil plants around the world will be operating for many years to come, climate change or not. People are not going to spend billions building plants that only run a few short years.

Ontario, with a 13.6 million population and lots of reliable hydro and nuclear, can turn off most of its fossil and keep the lights on. Most areas of the world cannot. We are not going to turn over nuclear technology to the unstable Middle East, and we also can agree they will not build hydro in the desert.

If fossil-fueled plants are going to keep operating and the world wants to address CO² emissions, the only way to do so is through clean coal technology—carbon capture, utilization, and storage (CCUS) technology. There is no other technology to prevent CO² emissions from fossil-fueled plants that are operating today and will be operating for years to come. CCUS needs development and investment, and fortunately, many governments across the world are doing so, including the United States and Canada. North America is leading the way in developing carbon capture technology.

It has long led the way in underground injection and storage. Regarding storage, coal with CCUS has another advantage. Production of CO² is increasingly a tool to unlock additional energy, rather than a waste-generating activity. The main use of captured CO² is for enhanced oil production. The CO² is pumped underground and forces oil out. Even with oil in the $50 to 60 per barrel range, parts of North America are clamoring for more CO². Consider the possible geopolitical effects of Eastern Europe, dependent on Russian hydrocarbons, cleanly using their own coal to produce electricity and more oil and gas.

CCUS is expensive today, no question. In addition, it surely cost the Ford Motor Company much more to build the manufacturing plant and engineer the Model T than a buyer paid for the first one that rolled off the assembly line. The same is true for Southern Company and others who are today building the first power plants with CCUS. The first Model T cost $825 in 1908. Within four years, it was $575, and by 1925, a new one could be had for less than $300. CCUS costs cannot come down without investment, experience, and improvements. We should invest in renewable technologies such as wind and solar.

However, let us not imply, as Phill Feltham’s editorial did, that these technologies can replace “always on” resources. Facts contradict this. Just take a quick tour through the comments from industry experts on the U.S. EPA’s proposed Clean Power Plan, which proposes to reduce U.S. CO² emissions from affected power plants by 30 percent by 2030, in part by substituting renewables. Most areas cannot make the math work.

The majority of CO² emissions from coal today come from China, India, and others who are rapidly industrializing. They are going to keep using coal. Anyone who thinks otherwise is deluding themselves. If we really want to do something about the emissions, we need to maintain a rational perspective about coal so we can continue our progress on CCUS.