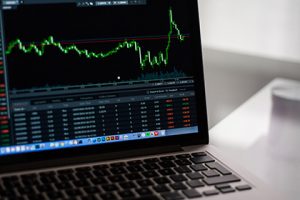 It wasn’t so long ago that investors saw utilities as safe, boring, and modestly profitable. With dependable revenue from monthly electric bills and regular dividends, they were a favorite among penny-saving retirees and portfolio managers wanting to hedge against volatility in the broader market.
That was then. Things first began to change with the deregulation of the 1990s, but global
warming and rooftop solar panels have also been steadily chipping away at the notion that the sector is a safe haven. And now there’s PG&E Corp. California’s largest utility owner plans to file for Chapter 11 as early as Jan. 29 in the face of as much as $30 billion in potential liabilities from wildfires that killed more than 100 people in 2017 and 2018.
“It has absolutely become more complicated to invest in utilities,” says Jan Vrins, head of the energy practice at Navigant Consulting Inc. “The energy transformation is accelerating.” For a start, utilities are having to figure out how to navigate the rise of renewable energy sources. Utilities that invested heavily in giant nuclear and coal plants have found themselves saddled with mounting costs from generating facilities that are struggling to compete against cheap natural gas and wind and solar farms that have seen costs plunge. A wrong bet by a utility can be its undoing. Scana Corp., South Carolina’s
largest utility, spent nine years working to expand a nuclear plant before pulling the plug in
2017, when projected costs ballooned to more than $20 billion. Its shares plummeted, and it was acquired by Dominion Energy Inc. this year. And utilities that embraced solar and wind energy early have benefited, says Jay Rhame, chief executive officer at Reaves Asset Management, which has $2.8 billion under management. Look no further than NextEra Energy Inc., the largest U.S. provider of renewable energy. Its shares have doubled in value since 2014. “A lot of utilities are now trying to get into renewables after seeing NextEra’s success,” says Rhame.
Read full article in the magazine.