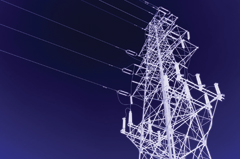 Taking a stand against threats to ensure reliability

If Ben Franklin lived today, he might say that nothing is certain but death, taxes, and cyberattacks. The U.S. electric grid is under constant cyberattack, according to a survey of electric utilities by U.S. House Representatives Henry Waxman and (now Senator) Edward Markey.

The grid was the greatest engineering achievement of the 20th Century, but cybersecurity was as unknown to those grid engineers as it was to Ben Franklin. Regulators and utilities need to act further to protect our energy infrastructure.