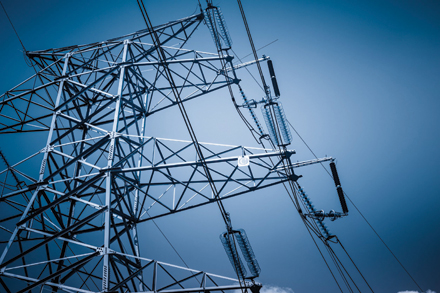 Compared to other industries, the power sector has been called conservative and slow-paced when adapting new technologies. However, power sector participants are changing their attitude toward new technologies such as the Smart Grid, which, consequently, is causing market growth as well as an increase in revenues.

COMMUNICATIONS
According to a recent Navigant Research report, worldwide revenues for Smart Grid communications networking hardware will reach $3.2 billion annually by 2020, before leveling off in subsequent years. Richelle Elberg, a senior analyst from Navigant Research, pointed out in a press release that, only five years ago, electric utilities were consumed with enabling grid communications. Now, these same power sector participants are focusing on technology that can enable a truly integrated system that links older systems currently in place with new technology from different vendors.

SMART GRID AS A SERVICE
In a second report from Navigant, revenue from SGaaS (Smart Grid as a Service) solutions will grow from $1.7 billion in 2014 to $11.2 billion in 2023. SGaaS solutions have the possibility to increase the number of Smart Grid initiatives in the power industry.

For the most part, large utilities with deep pockets are currently the innovators in developing Smart Grid initiatives (electric utilities on tight budgets simply cannot afford to fund such initiatives). However, SGaaS solutions give utilities on a limited budget the ability to spread project costs over a period of several years. This opportunity for utilities is expected to increase growth in the SGaaS market over the next decade. The increase in revenue is expected to attract information technology (IT) professionals to electric utilities with limited budgets as well as provide managed services to help in developing Smart Grid initiatives.

LABORATORIES
Electric utilities as well as other industry participants are not only changing their attitude toward Smart Grid technologies, but some have opened up their own laboratories for research and development purposes. Southern California Edison opened a lab in 2009, which, consequently, has led to an increase in electric vehicles as well as solar and wind power in the Golden State. Additionally, the National Renewable Energy Laboratory opened its $135 million Energy Systems Integration Facility in 2013, and the New York Power Authority will be opening a lab to conduct its own research.

THE BOTTOM LiNE
The increase in the number of industry standards, investments, and regulation makes the power grid of the future a solid reality. Navigant Research reports that Smart Grid spending will increase from $44.1 billion in 2014 to $70.2 billion in 2023. New legislation from both the U.S. and the Canadian governments, aging infrastructure, and extreme weather are pushing utilities to spend more on implementing Smart Grid technologies. Solutions such as Smart Grid as a service are providing opportunities to utilities on a tight budget the opportunity to develop their own Smart Grid initiatives. As new opportunities arise, and obstacles are conquered, industry growth will only increase at a faster pace.