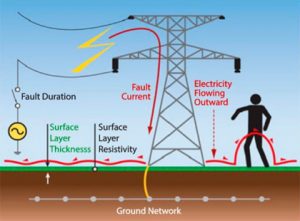 Step potential is the step voltage between the feet of a person standing near an energized grounded object. It is equal to the difference in voltage, given by the voltage distribution curve, between two points at different distances from the electrode. A person could be at risk of injury during a fault simply by standing near the grounding point.

Touch potential is the touch voltage between the energized object and the feet of a person in contact with the object. It is equal to the difference in voltage between the object and a point some distance away. The touch potential or touch voltage could be nearly the full voltage across the grounded object if that object is grounded at a point remote from the place where the person is in contact with it. For example, a crane that was grounded to the system neutral and that contacted an energized line would expose any person in contact with the crane or its uninsulated load line to a touch potential nearly equal to the full fault voltage. 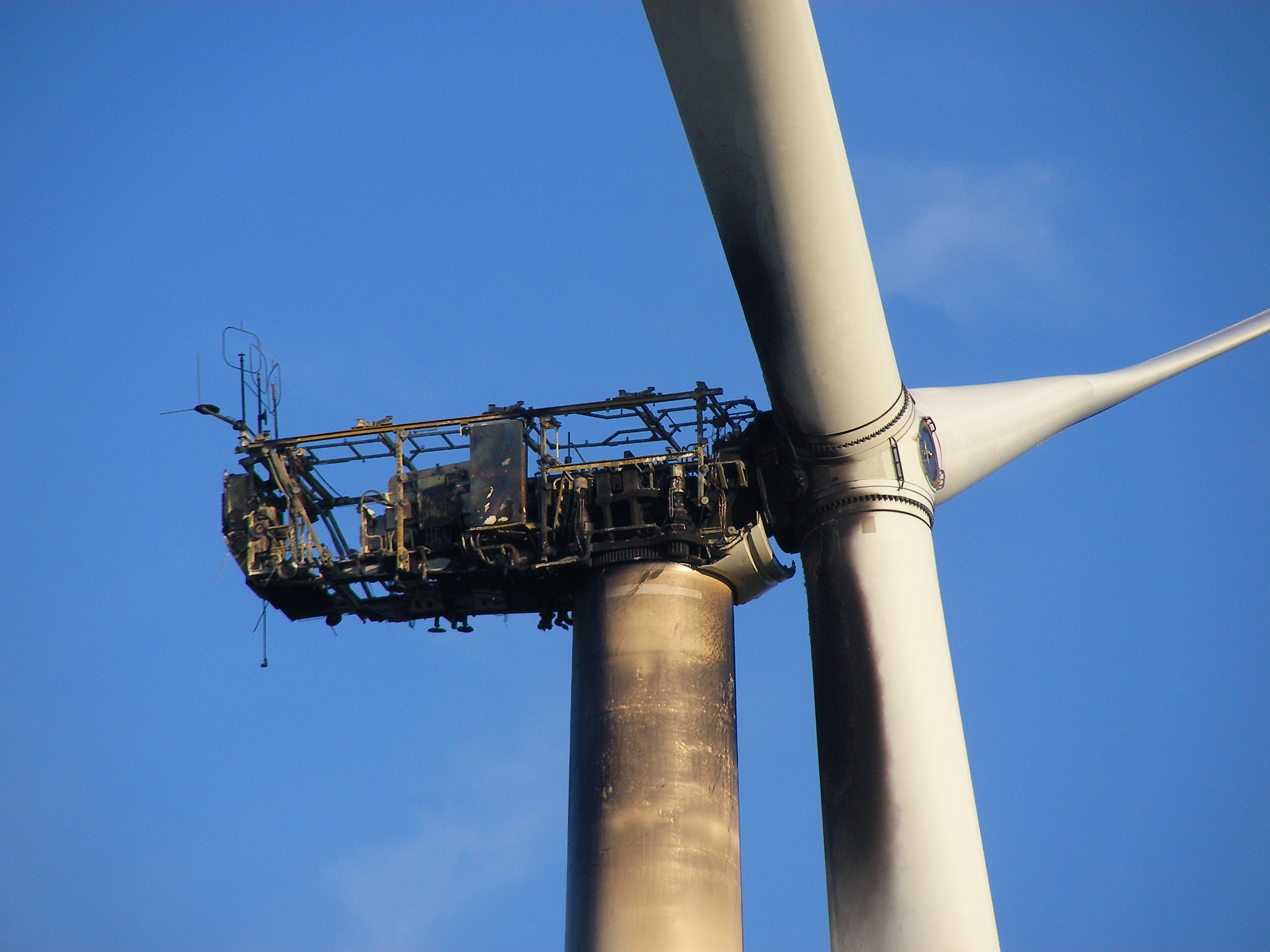 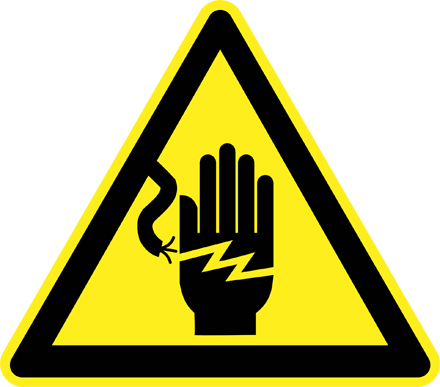