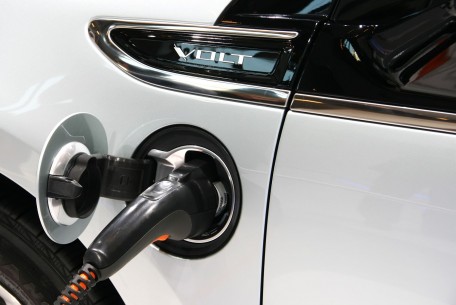 As customer adoption of plug-in electric vehicles (PEV) continues to grow so does the potential for adverse consequences to distribution system operations and assets. These concerns are amplified considering that geographically clustering of PEV adopters within particular neighborhoods or socioeconomic regions can lead to significant concentrations of PEV on particular feeders even though overall adoptions may be relatively small.

Recognizing the unpredictability in identifying specific customer adoption, vehicles types, and charging patterns, a proactive risk mitigation strategy is recommended for integrating plug-in electric vehicles to mitigate system-wide and localized risk to the distribution system. The strain on power delivery systems requires adjustments in asset management, system design practices, or even application of advanced controls which properly account for the particular
nature of the newly emerging load.

PEV ADOPTION
PEVs entered the commercial market in late 2010 and the cumulative PEV sales in the U.S. are expected to reach the 100,000 milestone during the second quarter of 2013. While modest, PEV sales over this initial period have grown at a steady rate—nearly three times that seen for hybrid electric vehicles over a comparable period. The staying power of PEVs is also reflected by the automotive industry itself with 10 different vehicle manufacturers offering 15 different PEV models.

As PEV adoption continues to grow, so does the need to accurately assess the distribution system’s ability to reliably and effectively serve this unique and changing demand and per-capita load growth. While initial research, demonstrations and engineering assessments have successfully demystified the operation of these new system loads, distribution utilities require additional analytical tools which can perform comprehensive analyses of the system asset impacts under various PEV adoption, control, or business case scenarios.

PEV IMPACT ASSESSMENT CHALLENGE
PEV electrical charging characteristics have quickly evolved since the initial offerings in 2010. The first mass-produced PEVs charged at relatively low rates (up to 3.7 kW), traveled between 35 and 75 miles per charge, and there was little public infrastructure. Over the course of the first few years, a host of additional PEV models had been introduced including a battery electric vehicle offering a range of up to 265 miles as well plug-in hybrid electric vehicle (PHEV) offering an electrical range of 10 to 15 miles.