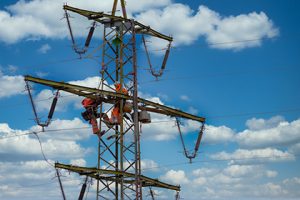 Line-construction contractors can do their best to train the management, offer safety training and equipment and trust the foremen who are appointed to a job, but it is an inherently dangerous business. Despite all the safeguards, some new linemen say this is what some foremen tell them about safety procedures: “That’s the way you may have learned it in training, but this is how it’s done on the job…”
Training is designed to keep linemen safe. But is that training and equipment being put to proper use? The answer varies depending on the job and the foreman—more so than the company—according to linemen who have described the situation. Often even one company can be employing a variety of foremen with a variety of dedication to safety.
Contractors often find there are a lot of shortcuts being taken. Safety can vary widely within one company, especially if a foreman “develops” his own rules, perhaps to put productivity ahead of everything else.
Linemen learn the fundamentals in school, but training does not necessarily extend to the job site. Most contractors are highly committed to safety. They know that not only is it disastrous to have an injury or fatality because of lax safety, it is also financially calamitous.
The calculated risks that save line workers a few minutes on the job can quickly become a habit. For example, workers may fail to cover up equipment over energized lines or shore trench excavation to avoid cave-ins.
The problem is persistent enough that NECA, IBEW and OSHA are seeking improvements. NECA has teamed up with IBEW, the Edison Electric Institute and some large line construction firms, to create the Transmission and Distribution Strategic Partnership to help improve lineman and foreman safety.
“It’s a fact of life that a lot of linemen work on live wires and equipment energized at tens of thousands of volts,” said Brooke Stauffer, NECA’s executive director of standards and safety and a leader in the partnership. He added that utility customers are rarely willing to shut down power for repairs. “The main problem is the giant feeders,” Stauffer said. “You can’t shut off a whole city.”
Despite these realities, as well as the need to get jobs done quickly, Stauffer said there are safe ways to work productively. “Effective supervision is important.”
Some contractors are in better position than others to regulate those jobs. L.E. Meyers, for instance, has a safety web of auditors and managers who evaluate each job.
“I don’t find it to be a problem,” said Todd Cooper, an L.E. Meyers regional manager. Their foremen, he said, generally have stayed with the company many years and are well trained and reliable. They are educated in essential safety and project-management skills, and put under the guidance of a construction manager. In addition, a job site safety review (JSSR) is filled out for each job. L.E. Meyers may be a model for good safety programs that keep management, foremen and linemen on the same page when it comes to safety.
“A big part of your success has to do with training,” Cooper said.
Training in all safety aspects, including grounding procedures, which Cooper cites as the biggest hazard, has given them some comfort with their own foremen. In addition, safety audits include safety supervisors, district managers, regional managers, district vice president, and vice president and manager of safety who visit the job site regularly to oversee the work.
Lee Boulanger, L.E. Meyers manager of safety operations, is responsible for ensuring the work site is as safe as possible. Boulanger points out that experience plays a key role in safety. “There’s a variety of experience out there,” he said. “When there’s a high-line job you can’t send someone out who doesn’t understand what needs to be done.”
But what about the companies that don’t have that degree of safety structure? Larger companies generally have a safety protocol that involves numerous safety representatives as well as safety audits and other forms to be filled out by foremen and project managers. Smaller companies may not have that luxury, and even the large companies can’t have someone on the job site every hour of every day. Ultimately, safety decisions are in the hands of the foreman on the job.
Smaller companies can benefit from the ability of management to make personal appearances at job sites. These kinds of visits are fairly common for many companies and are effective as well. There is no substitute for going to the workplace and seeing for yourself what is happening. Talking to employees frankly can often yield useful information as well. Every company can gain from taking a second look at its safety training program and safety procedures. Keeping a watchful eye over each job and each foreman, as well as polling the linemen can help contractors ensure that their crews are as safe as they can be.
There are signs of improvement throughout the industry as well. For one thing, the number of accidents has leveled. That may be in part due to better equipment and more rigorous training as well as OSHA standards. In addition, the attitudes of workers themselves may be changing. While they may have a reputation for being “tough guys” who aren’t afraid of “taking risks,” workers recently out of school are better educated in the value of following safety procedures. 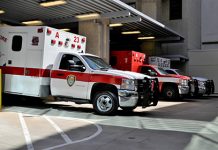 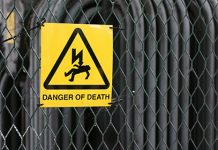 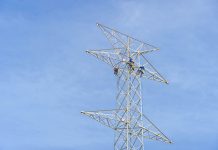