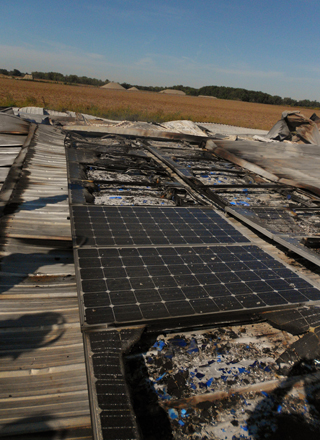 Smart Grid technologies have risen to prominence in North America. Media outlets, industry experts, vendors, and utilities all echo the same positive sentiments regarding a digitized power grid. However, new technologies can also introduce new hazards. Roy Burch, the manager of loss prevention and environmental compliance, for Guelph Hydro Electric Systems Inc., a distribution utility for the city of Guelph, Ontario, has actively reached out to first responders in an effort to educate them about the electrical hazards posed by new technologies such as solar panels and electric vehicles.

Burch, who was recently awarded the Worker Safety Award for 2013 by Ontario’s regulation enforcer, the Electrical Safety Authority, says that as these technologies become increasingly more mainstream, first responders must refine their skills to minimize their risk of electric shock.

Burch recently answered some questions for Electricity Today Magazine regarding how utilities can educate first responders and the public about electrical hazards caused by new technologies.