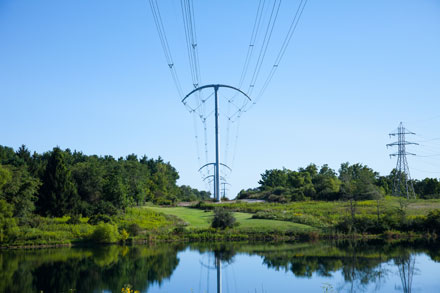 DISTRIBUTION MANAGEMENT UPGRADES
Duke Energy
Upgrades and development of the distribution management system (DMS) at Duke Energy has been an area of significant focus during 2015.

E-BILLING FOR CUSTOMERS
Guelph Hydro
In 2015, Guelph Hydro began to make it easier for customers to access their account information online and make the switch to electronic billing.

POWER FOR PAN AM GAMES
Horizon Utilities
In July 2015, Horizon Utilities installed over a kilometer of underground electrical cable, a new transformer and pole service for the West Harbour GO station on James Street in Hamilton, Ontario.