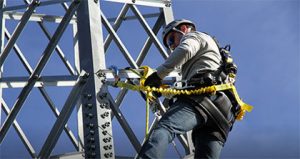 Line-construction contractors can do their best to train the management, offer safety training and equipment and trust the foremen who are appointed to a job, but it is an inherently dangerous business. Despite all the safeguards, some new linemen say this is what some foremen tell them about safety procedures: “That’s the way you may have learned it in training, but this is how it’s done on the job …”
Training is designed to keep linemen safe. But is that training and equipment being put to proper use? The answer varies depending on the job and the foreman—more so than the company—according to linemen who have described the situation. Often even one company can be employing a variety of foremen with a variety of dedication to safety.
Contractors often find there are a lot of shortcuts being taken. Safety can vary widely within one company, especially if a foreman “develops” his own rules, perhaps to put productivity ahead of everything else.
Linemen learn the fundamentals in school, but training does not necessarily extend to the job site. Most contractors are highly committed to safety. They know that not only is it disastrous to have an injury or fatality because of lax safety, it is also financially calamitous.
The calculated risks that save lineworkers a few minutes on the job can quickly become a habit. For example, workers may fail to cover up equipment over energized lines or shore trench excavation to avoid cave-ins.
The problem is persistent enough that NECA, IBEW and OSHA are seeking improvements. NECA has teamed up with IBEW, the Edison Electric Institute and some large line construction firms, to create the Transmission and Distribution Strategic Partnership to help improve lineman and foreman safety.
“It’s a fact of life that a lot of linemen work on live wires and equipment energized at tens of thousands of volts,” said Brooke Stauffer, NECA’s executive director of standards and safety and a leader in the partnership. He added that utility customers are rarely willing to shut down power for repairs. “The main problem is the giant feeders,” Stauffer said. “You can’t shut off a whole city.”
Despite these realities, as well as the need to get jobs done quickly, Stauffer said there are safe ways to work productively. “Effective supervision is important.”
Some contractors are in better position than others to regulate those jobs. L.E. Meyers, for instance, has a safety web of auditors and managers who evaluate each job. 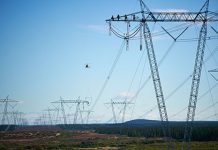 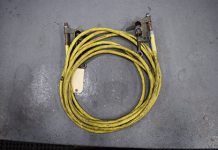 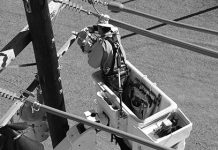